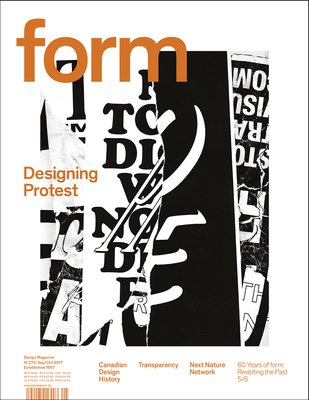 Protest as an expression of resistance can take a variety of forms, which are all – whether verbal or physical – subject of design. The coming issue casts light on how forms of resistance have transformed over time, to what extent they have influenced both politics and design, and what means and tactics are employed in actions of protest.
In addition, we report on the Jerusalem Design Week, the Archive section we dedicate to the design history of Canada on the occasion of the country’s 150th anniversary, and we present the New York initiative Quest to Learn, a public school that prepares children in a playful way for the future. In the fifth and penultimate part of our anniversary series “Revisiting the Past”, we discuss the ongoing influence of digitisation on our lifeworld, a development which has advanced considerably since the spread of the Internet in the 2000s.

You can read online three selected articles from our magazine with additional visuals.